Not Your Average Bike Ride

Die-hard mountain bikers flock to the rocky, sunbaked trails of Moab and southern Arizona, and it’s easy to see why: the drama of the cinematic landscape is topped only by the exhilaration of riding through it.

Imagine a similar desert setting, but without the crowds. Add a cooling breeze and a gorgeous view, both courtesy of the Pacific Ocean. Now you’ve got an idea of what it’s like to ride the network of trails that surround Tres Santos. 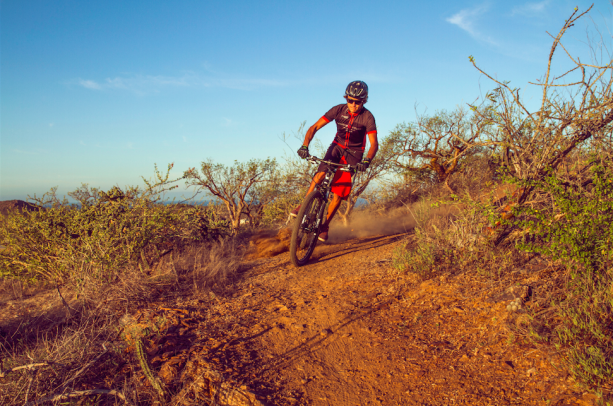 Rent your equipment and start your ride at the in-town Hub, which is staffed by a team of professionals who’d rather be on their bikes than just about anywhere else. They’ll provide maps, water and bug spray and can recommend their favorite tracks for bikers at every level.

Developed and maintained by Tres Santos, the 30-mile network of trails comprises six separate tracks, many of which are interconnected, that offer an endless supply of quality rides.

Veteran racer, longtime rider and Tres Santos sales executive Shannon Gillespie suggests starting off with the Labyrinth Trail, which begins behind the Colorado State University outpost within the Tres Santos community. You’ll need fresh legs to take on the climb, but the reward—an amazing 360-degree view of the Pacific Ocean, Tres Santos’ town farm and the sprawling Sierra Lagunas Mountains—is worth the effort. 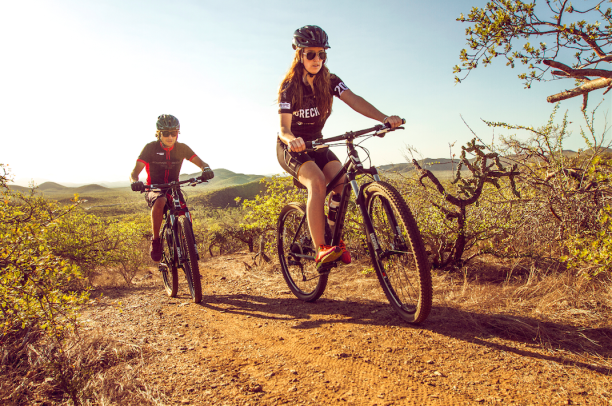 The trip back down, along steep section of the trail nicknamed Raul’s Backside, is a fairly technical, flying descent through high desert that will both thrill and challenge speed demons. After crossing the bypass, pick up the relatively flat Sierra Madre loop, which winds through some of the least-explored mountain bike territory in the northern hemisphere and takes anywhere from two to four hours to complete.

It also connects with El Cardon, which cuts through a grove of massive cardon cactus before rejoining the other side of the trail, and the Ejido Loop, a ramble over a ridge line into Mexico’s centuries-old communal lands, called ejidos. If time is short but you’re looking for high intensity, Gillespie suggests attacking the Cactus Battle trail, which climbs to the highest point of Labyrinth, then screaming back down Labyrinth into Tres Santos.

To take in a bit of history with your ride, pack a picnic and detour off the Tres Santos Community Path along the trail to the Old Port, which will take you through the ruins of a 1930’s cannery. After a steep ascent to the community’s yoga platform (which offers terrific views of the Pacific), and high line traverse along a steep canyon, you’ll finish atop a rocky escarpment where you can walk down a short path that leads a flat boulder overlooking a gorgeous ocean cove that was once home to the region’s fishing port. It’s a perfect stopping point for a quick rest and a picnic before heading back or continuing on to the beach. 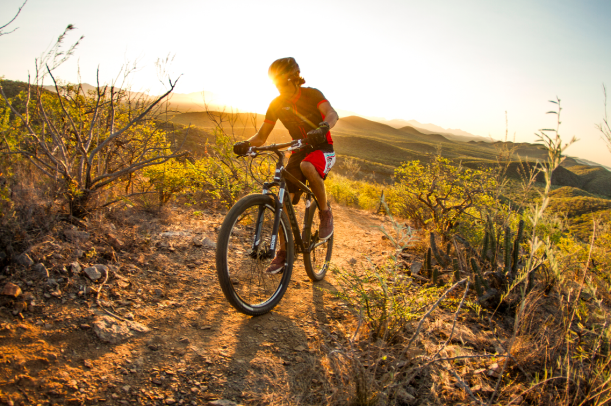