At first glance, the Todos Santos Music Festival might look like any other high-profile music showcase—the star-studded lineup, the international audience, and the ever-growing reputation. Make the trip to this quaint fishing town of 6,000 residents, however, and what you’ll find is quite the opposite. World-class musicians, yes, but intimate venues, flexible sets, and a price of admission that’s either free or extremely low cost (50 pesos, or not quite $3)… It’s a flashback to a time when music wasn’t so corporate and commercialized.

Peter Buck—the festival’s founder who gained worldwide fame as the lead guitarist of R.E.M.—wouldn’t have it any other way. A part-time resident of Todos Santos, Buck started the event back in 2012 with the sole purpose of performing with some of his friends while dedicating all the proceeds to local charities. That vision has since come a long way, showcasing both classic (John Paul Jones) and new (Conor Oberst) talent while raising over $200,000 for philanthropy—mostly for the Palapa Society but also for hurricane relief, the local fire department, lifeguards, and many more.

Buck’s notoriety also explains how the Todos Santos Music Festival has attracted some of the biggest names in rock for little to no appearance fee. Bands were initially drawn in by Buck’s presence and have since been lining up to play for free in what has become a truly unique musical atmosphere. After all, it’s not every day you get to collaborate with icons the likes of Jeff Tweedy and Peter Buck.

Not that American rock acts are the only attractions during this two-weekend celebration—Mexican-inspired bands have taken the festival by storm in recent years, highlighted by several show-stopping performances by La Santa Cecilia and Twin Tones. Heard throughout town stores and restaurants for months after the festival ends, these acts ensure the weekend’s audiences are a healthy mix of not just visiting tourists but proud locals.

With the fifth installment of the Todos Santos Festival kicking off on January 14th, here is everything you need to know about the event itself and the lineup for 2016. 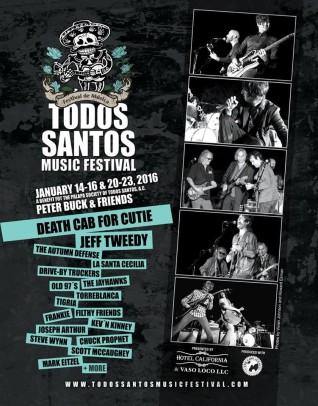 A charitable music festival with great vibes, huge bands, and small crowds. Surrounded by the laidback charm of a Mexican Pueblo Mágico, this year’s festival features headliners Jeff Tweedy of Wilco, Death Cab for Cutie, and La Santa Cecilia, mixed in with Mexican favorites like Tigria and Torreblanca, alt-country titans like Old 97’s and The Jayhawks, and southern rockers like Drive-By Truckers. Here’s the full lineup. 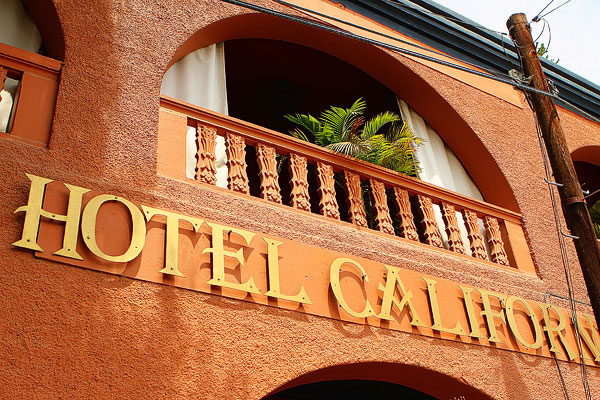 Performances take place in one of two venues: the aptly named Hotel California and Todos Santos’ community-centered town plaza. Admission is free at the town plaza and 50 pesos at Hotel California, which tops out at roughly 900 onlookers. 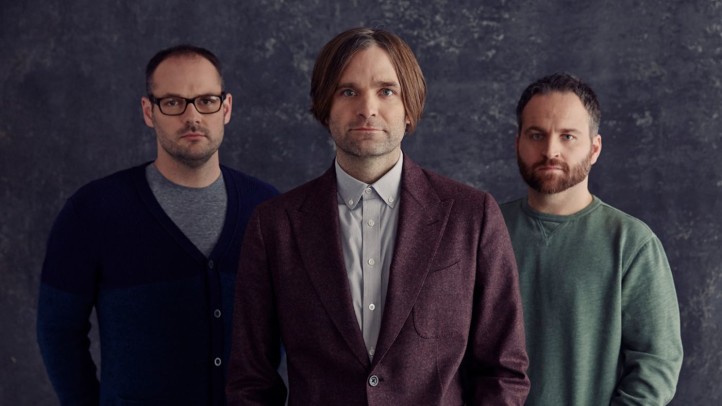 You’d be hard pressed to find a musical experience quite like this anywhere in the world. Death Cab For Cutie sells out Colorado’s world-renowned Red Rocks amphitheater but here they’re performing on a small stage for less than 900 people—not 9,000.

What to Look For: 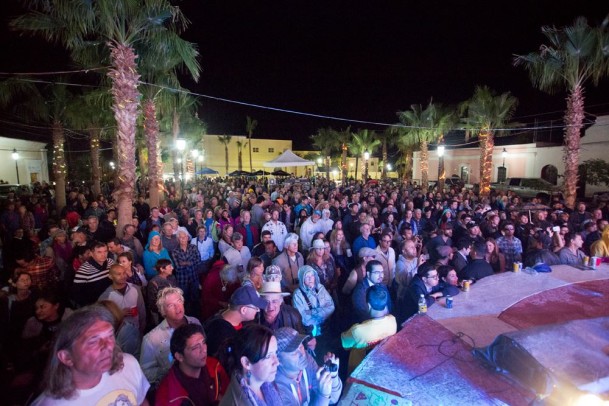 Todos Santos Music Festival is known for its relaxed structure, allowing bands to improvise and collaborate for a set you’d never hear on an official tour. Festival goers have seen everything from Jayhawks and Wilco singers riffing “Hotel California” on the street outside the real-life Hotel California, to surf rock band Twin Tones playing past 2am because they don’t want to leave the stage.

Who everyone is talking about: 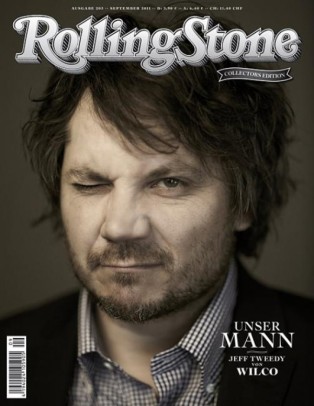 Jeff Tweedy’s first appearance at the festival is eagerly anticipated by both fans and musicians alike. Several artists slated for the second week—like Patterson Hood of the Drive By Truckers and Gary Louris of the Jayhawks—are arriving a week early simply to watch him play and join him on stage.