Whales Love it Here, Too

Talk about a marathon: each winter, thousands of whales, mostly gray and humpback, make the 5,000 mile trip from their feeding grounds in Alaska to the shallow protected bays of Mexico’s Baja peninsula. It’s the longest mammal migration in the world. 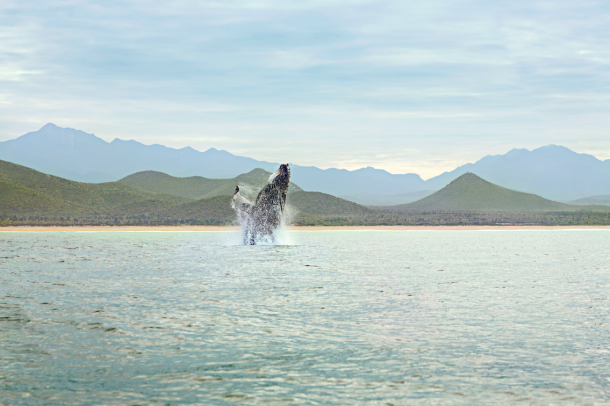 Unlike orcas and some of their other, smaller cousins, most whales you’ll see off the coast of Todos Santos—including humpbacks, grey and blue whales, sperm whales and others—are too large to survive in captivity, meaning that the only place to see them is in their natural habitat. And what an experience it is, especially in Todos Santos, where local guides who’ve grown up fishing the deep coastal waters take small groups of visitors to see the whales aboard small open fishing skiffs called pangas. It’s an exhilarating, yet remarkably intimate, experience: accustomed to the small boats, the whales move from craft to craft, diving underneath, eyeballing passengers and moving in to be patted. In the distance, whales jump out of the water with stunning regularity.

The show starts in November, when acrobatic humpback whales can be seen slapping the waves with their tails and extra-long fins and jumping completely out of the water—breaching—before re-entering with a sonic splash. Humpbacks are also some of most verbal whales in the water, singing songs so loudly that whale watchers can often hear the melodies as they rise from the deep. And that massive boulder that just slid into the sea? It was probably a curious humpback or gray whale “spyhopping,” or raising herself vertically above the waterline to check out what’s going on. 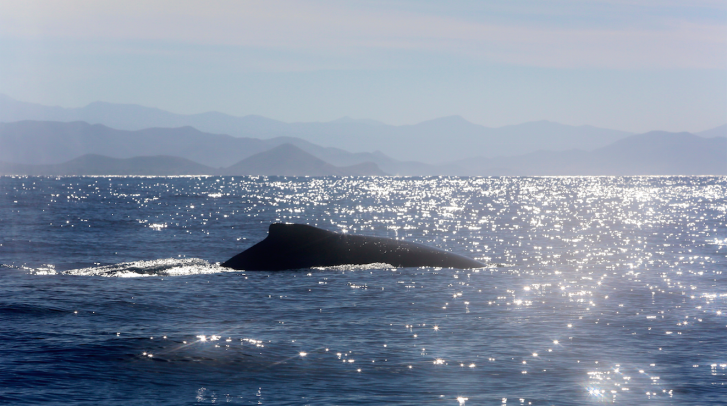 Where humpbacks are the gymnasts of the deep, gray whales, who are also known for breach and jump, are the inquisitive souls of the whale world. Don’t be surprised if a gentle gray, and perhaps her calf, decides to park herself next to your boat, where she’ll hang around as long as someone is willing to scratch her.

Led by pregnant females, gray whales begin to arrive around Todos Santos in late December. They’re headed for Laguna San Ignacio, Bahia Magdalena and Laguna Ojo de Liebre, three of the Pacific coast’s most popular “nursery lagoons”—where they’ll give birth to their 15-foot long calves and spend the next few months preparing the baby grays for their 5,000-mile journey back to the Bering Sea and Chukchi Seas off the coast of Alaska.

February is considered prime whale watching time in the area because, for a few weeks, all the migrating whales are in one place at one time. Humpbacks are still around, the last of the grays have arrived and very few whales have started their trip back north. It’s also the best time to catch a glimpse of a Blue Whale, which, at nearly 100 feet long, is nature’s largest being.

For more information about whale watching or to set up a private expedition, please contact the Tres Santos Hub (+52 (612) 145-1076 or info@TresSantosHub.com) or visit us at Juárez No. 44 Esq. Márquez de León when you’re in Todos Santos. 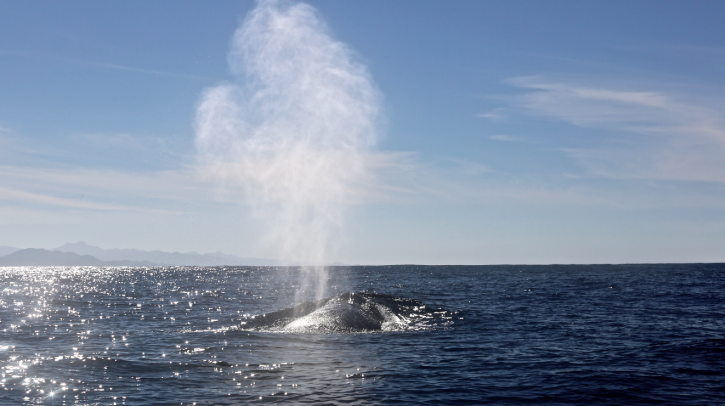 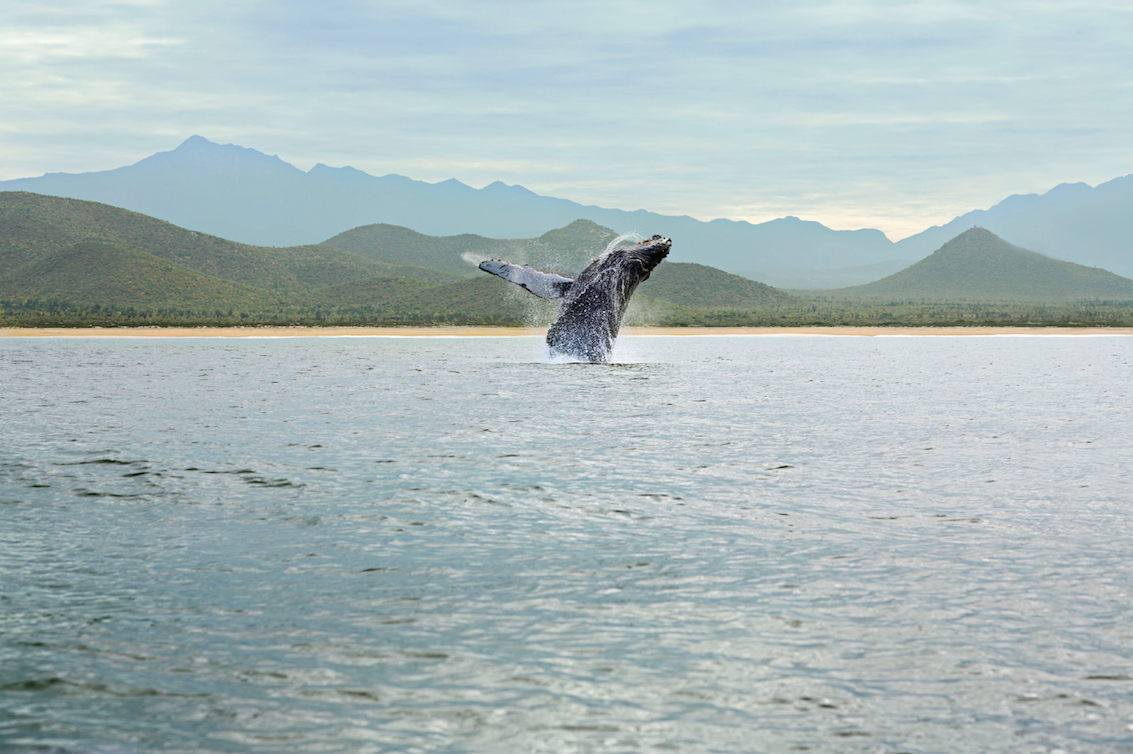